Friday Filler: News You Can Use

It’s that time again, time for a roundup of book news, contests, resources, events, and WLT member news! So let’s get going:

Indie Writers: With the ever-expanding options for self-publishing, Amy Edelman (right) of IndieReader.com raises an interesting question this week at Publishing Perspect 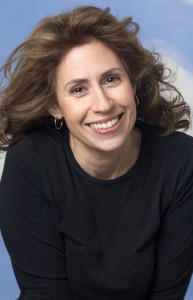 ives: “Why Is Indie OK for Musicians and Filmmakers… But Not for Writers?” Good question. Read it and let us know what you think.

The Agency Model: No, we’re not talking Ford or Elite. Doris Booth, editor-in-chief of AuthorLink, posted an eye-opening opinion piece, “Publishers’ Agency Model Punishes Mid-List Authors.” It dissects how the new agency model struck by publishers and Amazon in attempt to agree on how to set retail pricing for books in the e-book world. Turns out the agency model actually slashes author royalties. Read “Publishers’ Agency Model Punishes Mid-List Authors.”

Facing Rejection: Writers are always puzzled by not getting explanations from agents about why they were rejected. Here’s agent Rachelle Gardner’s explanation about that. The short answer is just that it’s not possible! Read Rachelle’s thoughts on that in “Why the ‘Why?’ Behind a Lit Agents Rejections Are Often Left Out” at MediaBistro’s GalleyCat.

In our ongoing quest for social media resources that can actually help writers, here’s our latest find: Kristen Lamb, social media pro and author of We Are Not Alone: The Writer’s Guide to Social Media. Her Warrior Writer blog is worth checking out.

One way to boost your cred as a writer is to win or place in literary contests. Here are two great resources for ongoing contests:

To access the lists, you can sign up for an online Writer’s Market subscription ($3.99 per month or $29.99 per year) or you can grab a copy of the 2010 Writer’s Market and peruse the “Contests” section.

Chris Barton’s, (Austin) new picture biography book, tentatively titled John Dobson Is Part of the Sky, is to be published by Charlesbridge, the publisher of Chris Barton’s award-winning The Day-Glo Brothers.

Bob Doerr‘s (Austin) third Jim West mystery/thriller, Loose Ends Kill, will be released in October. Unlike his first two that were set in New Mexico, this one is set in San Antonio.

Kathleen Kaska‘s (Austin) next Sydney Lockhart mystery, Murder at the Luther, will be out in November.

Lori Ann Stephens‘s (Plano) debut novel, Song of the Orange Moons, will be released October 12. The Barnes & Noble at Mockingbird/75 in Dallas  will host a book release reading/signing on October 21, followed by an evening of revelry and toasts at Trinity Hall Irish Pub.

Scott Wiggerman (Austin) will lead a free workshop, “Poetic Collaborations” on October 3 as part of the Georgetown Poetry Festival. The workshop will be held at the Georgetown Public Library and runs 1:00-3:00 p.m.  He will also be speaking on “Tips and Tricks to Writing a Sonnet” at the Austin History Center on October 16.  The talk begins at 1:30 p.m. and is free.