An Interview with Writer and Instructor, Patrice Sarath

Patrice’s three-hour workshop, I Want to Go There: Creating Believable Worlds, is February 23, from 9AM to 12PM, and she was so kind in opening up about her favorite literary worlds, her writing and research processes, and a little bit about the class. Registration for Creating Believable Worlds ends February 19. Get your tickets before the class is full! For more information about Patrice Sarath, visit her website.

What are your top three fictional worlds in literature?

The Three Worlds in Martha Wells’ Books of the Raksura series. Wells created a secondary world of fantastic species, several of which are sentient, and sets everything in motion. Her book passes the Tolkien test, which is that the world and the people live even after the book is closed.

Red Mars of Kim Stanley Robinson’s Mars series. Yes, we know a lot more about Mars now, but his use of technology and scientific understanding, and interplanetary politics, is as epic as Tolkien’s The Lord of the Rings.

I couldn’t help but think of fan fiction when I read the synopsis for The Unexpected Miss Bennet. Why do you think writers and readers immerse themselves in worlds previously created? 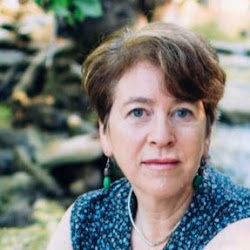 PS: I think the best books live on even after we finish reading them. These are the stories that capture our imagination and make us want to keep the story going. In my case, I always wondered why Mary Bennet never married Mr. Collins, and why he never even considered her as a potential bride. The Unexpected Miss Bennet was my answer. Writers often start out writing fanfic. It’s a great training ground, albeit controversial. I think it’s a great shame that some writers never move on to writing their own original work.

Did you feel like there was much expectation when recreating Jane Austen’s sphere? How much research was involved in bringing Mary Bennet back to life?

PS: Janeites are very protective of Austen, and they are not shy about letting you know when you get it wrong. While I had no interest in creating an authenticated history of a Jane Austen character, I wanted to do justice to Austen and her work by getting it right. But I also didn’t want to get bogged down. So I turned to Austen’s work itself as my source material.

I read and reread all of the six Austen novels, and then did additional research on particular settings and dress, furniture, and style. What I was looking for were the clues to Austen’s world. What did they wear, how did they address one another, how were children included in the world, where did they shop and what did they buy, etc. Emma is great for that, by the way. Emma and Persuasion are both these incredibly rich depictions of early 18th century British middle class life. And so is Mansfield Park. The other three are more traditional romances, and there’s less of the setting about them.

Where do you begin when writing setting? Do you think of a character first, then plop them into the atmosphere? Is it a slow building process? How was your experience in creating the world for The Crow God’s Girl?

PS: It changes for every book — sometimes it’s a setting, sometimes a character. Even if I start a book at the beginning with Chapter 1, I rarely continue on that way. I will leap ahead and write a pivotal scene, then go back and write toward that scene, and I usually know my ending and have it written down before I finish the book. I don’t know the ending at the beginning, but by about 75 percent of the way, I usually know the end game. In my current work in progress, I know the end scene and I am roughly two-thirds in.

The Crow God’s Girl is the third book in my Gordath Wood series, so the characters and setting were already created. However, I still did research! In this case, I was writing about the early life of someone who is extremely ambitious, and so I read biographies and the memoirs of Catherine the Great. The research shows up mostly obliquely in The Crow God’s Girl (and we will discuss how research informs but does not dominate a work in progress), but I shamelessly lifted a real character wholesale from Catherine’s life and plunked him down, name and all, into the book.

What is your favorite thing about the Austin writing community?

PS: In this town, there are so many writers that it’s like a great big boiling pot of creativity. In Austin, the speculative fiction community gets together each year for ArmadilloCon for panels, workshops, gaming, and fun. There are so many resources for writers; obviously, the Texas Writers League, but also the Slug Tribe for Austin science fiction writers, RWA, Sisters in Crime, and everyone tries to help each other. I know there are writers groups everywhere, including write ins, and you can’t help but feel supported. I’m not a huge NaNoWriMo fan — in fact, I think it can be detrimental — but I do think that getting together to write with others can be a lot of fun, and help fuel creativity.

What would you like writers to take away from your class?

PS: The point of research for writers is to give their readers the experience of deep diving into a well-created world. It’s not to scare authors away from setting down words for fear of “getting it wrong.” Research is like a treasure hunt, and you get to decide when X marks the spot.

Patrice Sarath is a writer and editor based in Austin, Texas. Her novel The Unexpected Miss Bennet came out in 2011 from Robert Hale in the UK and from Penguin Berkley in the US. The book takes up where Pride & Prejudice leaves off, specifically regarding Mary Bennet, the most misunderstood of the Bennet sisters. Patrice also writes fantasy and science fiction. Her Books of the Gordath series includes Gordath Wood, Red Gold Bridge, and The Crow God’s Girl, and her short stories have appeared in magazines including Alfred Hitchcock Mystery Magazine, Weird Tales, Realms of Fantasy, and Black Gate.