James L. Haley has written a dozen award-winning nonfiction books on Texas and the American West. James is the recipient of two Spur Awards, two Fehrenbach Awards, and the Tullis Prize, among others. Three of his five novels have had widely varied historical settings: The Kings of San Carlos (Doubleday) set on an Apache Indian reservation in the 1870s; The Lions of Tsavo (Bantam Books) set in British East Africa in 1898; and The Lion’s Mouth (now in press with G. P. Putnam’s Sons) takes place in the U.S. Navy of 1805, set in New England, Gibraltar, Naples, and North Africa. James has two more historical novels in the works: The Tempest, set during the War of 1812, and The Devil in Paradise, set in Hawaii in the 1820s.
James is teaching a class for the Writers’ League called “Historical Fiction Bootcamp” on Saturday, October 10 at the ACC Highland Campus. Read the interview below and visit the class page to learn more. 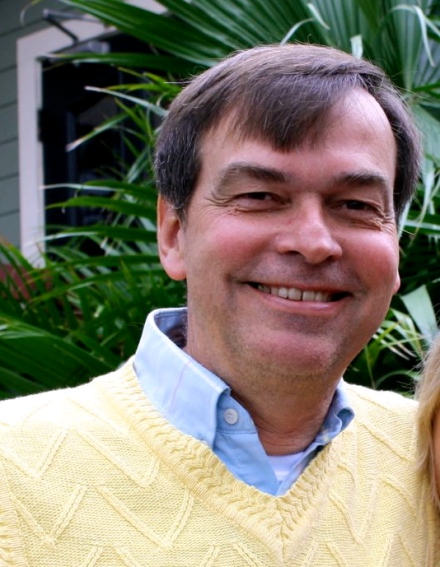 Scribe: What first inspired you to write historical fiction?
James Haley: Oooh, let us turn back the years to when the earth was young—I wrote my first three nonfiction books for Doubleday, all of them some facet of Western history: Texas, Indians, Indian wars (please note that I did not say “Native Americans,” because that is no longer politically correct. I got in big trouble in Phoenix a couple of years ago for saying “Native American.”) The books garnered excellent reviews and acceptable sales, so my editor called me one day and said, “You know I edit the Double-D series of western genre novels, fourteen a year. I think you’d be good at it, so I’m sending you a contract to write one for me. Go to it.”
Now, that may be one of the few advantages of being older than dirt because I don’t think that happens any more. In my second book, Apaches: A History and Culture Portrait (which is still in print after 34 years, so I did something right) I was fascinated by the story of John Philip Clum, a New York farm boy of 22 who was sent West to be the agent at the wild San Carlos Apache Agency. Dishonest grafters who controlled the Indian Department thought they could manipulate him into a new Indian war so they could make big profits on military contracts. (No, this did not begin with Halliburton). Boy, did Clum ever surprise them.
There were many elements to explore that a more detailed history could not accomplish, I had a ready cast of larger-than-life characters like Geronimo and General George Crook. I was already aces in descriptions and scene setting, but I had no idea how to develop characters and narrative into a novel. David Lindsey, who wrote the Stu Hayden mysteries for Atheneum, went to my church, and his advice absolutely set me on fire with the love of telling a story. We will talk about that advice in the class.
To my eye today, some parts of The Kings of San Carlos blare “DANGER: YOUNG WRITER,” but equally, I can open it at random to a passage and think, “Damn, I’m glad I wrote that.” People still bring me beat-up old copies at Western Writers of America conventions to sign.
Scribe: You write both historical fiction and historical non-fiction. To what extent is there crossover between the two genres or do you consider them mutually exclusive?
JH: That is an excellent question. Stories should entertain, but I’m sort of old fashioned and I think stories should also mean something. Historical events create their own narrative, but almost never do they complete a story arc that is complete or aesthetically satisfying, or conveys a compelling theme.
In the beginning, I did not even like historical fiction, because if I found events or a period interesting, I wanted to know what really
happened, and not be confused with what some artsy writer larded in there
for “story.” I was young, and thought that fiction and nonfiction should
be mutually exclusive. Now that I have written three historical novels, I
have come to appreciate how elements of fiction, carefully researched,
authentically applied, can lead to a much more vivid and even ultimate
truth than facts alone can take you to. For instance, read Thomas B.
Costain’s The Conquering Family about 12th century England. Facts,
facts, facts, boring, boring, boring. But, it was one of the resources
that James Goldman used to write The Lion in Winter. Breathtaking,
jaw-dropping piece of art. We are going to look at some of the homework
that went into that movie, that no attention is ever drawn to, but created
a rich, rich fabric of story.
There have been times when this blurring of fact and fiction could be
quite indiscriminate. In the 1920s the art of biography was ruled over
from England by the “Bloomsbury Group” — Virginia Woolf, the Sitwells.
Their philosophy was that making up little things about your nonfiction
subject was fine to help you paint your portrait. One of their American
exponents was Marquis James, who won a Pulitzer Prize for The Raven, a
biography of Sam Houston. It is deeply researched and beautifully written
but a lot of stuff in there never happened. That’s where I draw the line
because it misleads people.
Scribe: When is fiction an ideal medium for hashing out conflicting narratives of
history as opposed to nonfiction?

JH: An interesting question about a delicate issue. As soon as you posit
“conflicting narratives of history,” you open the door to your characters
spouting political or social manifestoes, and you end up with something as
horrifying as Ayn Rand. Novels are about the story, the story, and the
story — and the characters must speak and act believably within their
motivations, in their time.
Now, that does not at all prevent you from exploring “conflicting
narratives,” in fact that is at the heart of, say, the John Jakes North
and South series, no? But if you start with position papers, that makes it
harder to draw believable characters in believable situations. If you have
a thesis to prove, write nonfiction. Of course, if it later turns out that
you are full of crap, you can’t cop out and say, “But wait a minute, it
was just a novel!”
Scribe: What is something people (including yourself) have found they are most
surprised by when they start writing historical fiction?
JH: The initial shock was discovering that writing historical fiction really
well is about eight times harder than writing straight history, because
you have to know the entire culture, what they wore and ate and how they
talked — including words they would NOT use, and we will discuss
anachronisms. But after getting past that, and learning the life and
culture, I was overwhelmed with the endless possibilities of enriching the
story with the background. We will discuss the issues of looking through
the large end of the telescope: most readers won’t know any more than what
you tell them, while you are painfully aware of the thousands of elements
you are NOT using.
When I wrote The Lions of Tsavo, about the Uganda Railroad man-eating
lions that shut down construction for over a year, my then-agent read it
and said, “It’s a great story, but I don’t want to send it out without any
sex in it.” So I was forced into deeper research, into the sociology of
the Kikuyu and Wakamba people, and I found a whole new subplot that vastly
enriched the story, was not in the least gratuitous, and I am sure was one
reason why Disney Touchstone bought the film rights.
Scribe: How has historical fiction’s form and style evolved since you have started
writing? Do you think it has changed for the better? Is this something important for new writers to know?
JH: When I began, big historical fiction (not genre, which has its own
traditions) was ruled over by Irving Stone and James Michener, whose
novels might begin with volcanoes and dinosaurs, and eventually narrow
down to his characters, but he still felt at liberty to spend several
pages expounding on the Treaty of Tordesillas or something. None of my
editors now let writers get so rangy or undisciplined. The art has become
sharper, and the writer is tasked to find more succinct ways to work
background and context into the story.
Having said that, longer novels are once again coming into vogue. I know
in the early American Navy adventure novel I just finished for Putnam, my
editor even after accepting the book and paying me for it, asked me to add
several thousand words of specific development. So, the fashion changes,
but good writing doesn’t, and those new words were not fat, but had to
pull their weight at the same rate as the existing story.
— Thanks, James!
Click here to register for James Haley’s class.
Click here for our full schedule of fall classes.