“I realize it’s just a marketing tool, but every time I hear ‘Women’s Fiction’ I’m reminded of back when there was a ‘Women’s News’ section of the newspaper with ‘Dear Abby’ and ‘Hints from Heloise.’ Come on, people, where is the ‘Men’s Fiction’ genre?”

A member of the Writers’ League of Texas since April 2016, Melissa DeCarlo lives in Tyler, TX. 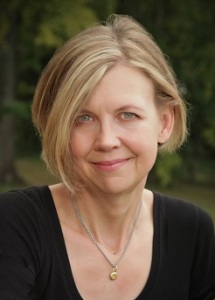 Scribe: In what genre(s) do you write?
Melissa DeCarlo: Sigh. The genre question. If I were making my own labels, I’d say I write “Quirky Fiction” or “Funny Yet Tragically Dysfunctional Family Fiction” but since I’m not in charge of things, let’s say Upmarket Women’s Fiction. I realize it’s just a marketing tool, but every time I hear “Women’s Fiction” I’m reminded of back when there was a “Women’s News” section of the newspaper with “Dear Abby” and “Hints from Heloise.” Come on, people, where is the “Men’s Fiction” genre?
Scribe: What author(s) would you like to have a drink with, and what beverage?
MD: Coffee with Richard Russo, Kevin Wilson, Karen Joy Fowler, Hanya Yanagihara, and Jonathan Tropper. Although, that being said, I have a friend who works in the film industry and she’s learned to never go out of her way to meet actors she admires, because sometimes they’re assholes, and then her heart is broken and it affects the way she sees their work from then on. So, perhaps it’s a mistake to pick authors whose work I love. I think instead I’ll pick Stephen King. His work is too scary for me to read, but I admire his productivity and loved his book On Writing. I have a feeling he’d be great at coaching me through my angsty self-doubty writing-resistance.
Scribe: If you were stranded on a deserted island, what book would you want to have with you to keep you sane?
MD: Keep me sane? Hmmm. Clearly this is a trick question designed for people who consider themselves sane. I suspect a real writer’s writer would say something like, “A journal full of blank pages,” or the Complete Works of Shakespeare, or Brothers Karamazov, but since the book I’ve reread most often is Straight Man by Richard Russo, I’ll just let that be my answer and move on.
Scribe: What have you learned from your association with the Writers’ League?
MD: In my two months as a member, I have learned that you guys ask interesting (and occasionally tricky) questions.
Scribe: Where do you see your writing taking you (or you taking it) in the future?
MD: Well, even though you guys see it taking me to a deserted island, I’m not all that thrilled with that idea (the chafing, the sunburn, the talking to volleyballs…). I suppose I hope that it takes me further into the fellowship of book-lovers and writers. I have loved getting the opportunity to meet other writers and readers through the publication process, and I hope that trend continues.
Scribe: Here at the Writers’ League, we love sharing book recommendations. What’s one Texas-related book that has come out within the past year that you couldn’t put down?
MD: Ha! Another trick question! I’ve read three (that I can think of) books that are set in Texas in the past year, and two (possibly all three) of them were written by WLT members, so no way am I picking a favorite. Two months into my membership and you’re already trying to get me to stir up trouble? Nice try, WLT.
Scribe: Is there anything else about you that you would like to share with the world? An opportunity for blatant self-promotion!
MD: You want blatant self promotion? Okay: I happen to have written a novel The Art of Crash Landing (HarperCollins) that you should all read. It’s funny and sad and full of quirky people and family dysfunction. In fact, I’m pretty sure it would be the perfect gift for every occasion for everyone you know except maybe your Aunt Edna who won’t read anything with the “F” word in it. (For her, you might consider a set of decorative soaps, or a monogrammed tea towel, or one of those Yankee Candles named something enigmatic like “Dreams of Yesterday” or “Wishing on a Star” that could not possibly smell like anyone’s dreams or wishes because they smell instead exactly like urinal cakes.)
—
Thanks, Melissa!