“This past year I also helped two authors become television writers and executive producers for series based on their books.”


Every year, the Writers’ League of Texas brings a faculty of close to thirty agents, editors, and other industry professionals to Austin for its Agents & Editors Conference. As we look ahead to the 25th Annual A&E Conference, taking place June 29–July 1, 2018, we’re happy to share Q&As with some of our faculty here.

An Interview with Jeff Silberman


Jeff Silberman is a new horizon hunter. He began his career as an entertainment attorney and navigates the film and television worlds as well as publishing. His interests are wide, his passions run deep, and the books he represents cut a wide swath: narrative non-fiction, memoir, science and technology, history, social issues, sports, the animal kingdom, literary fiction, upmarket fiction, and more. He seek s books that in some way leave us different than we were before, and he works closely with all of his authors. 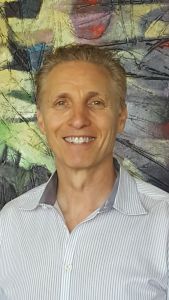 Scribe: How would you describe your personal approach to working with an author?

Jeff Silberman: I work closely with all my authors, from the conception of an idea to unearthing how that idea actually becomes a book; providing editorial notes and suggestions from characters and themes in narrative books to arguments and solutions in policy an prescriptive books; crafting marketing plans, and creating opportunities in film and television for both scripted and unscripted projects. (This past year I also helped two authors become television writers and executive producers for series based on their books.)

Scribe: What do you look for in a debut author?

JS: A compelling idea or premise, a unique voice and talent, a good heart and mind, and a personal connection.

Scribe: If you could give writers one piece of advice, what would it be?

Scribe: Has there been a project you took on because there was something special or unique about it, even though it wasn’t like projects you usually take on?

JS: All the time. Take me somewhere I haven’t been,

Scribe:  Tell us about a recent book that you worked with–you know, brag on one of your writers!

JS: The Blood of Patriots published this past fall and also received 9 offers for film and television rights before it published. Set in Alaska, it is the true story of Bill Fulton, a diehard Army vet who did a lot of off the books missions during his Army career, and after his discharge opened up a surplus supply store and fugitive recovery business and wound up going undercover for the FBI to infiltrate a right wing militia group plotting to kill judges and law enforcement officers. It is both wildly funny and deadly serious.  Seemingly a total testosterone story, but written by a woman – Jeanne Devon. Jeannie’s writing was so compelling, so smart,  so funny, and so easy to read, that though she had never written a page for television before, she is writing a one hour pilot script and will executive produce the series with Bill.

Click here for more information on the 2018 Agents & Editors Conference, a weekend long event in Austin, TX (June 29-July 1) that focuses on the craft of writing, the business of publishing, and building a literary community.