Adding Facts to Your Fiction: 5 Questions for Gordy Sauer

“You have to sit down and write. And you have to do it intentionally. Carve out some time, carve out a space, devote yourself to putting words down. It’s as simple as that. Inspiration follows action. Sometimes it’s the other way around, but most often it’s not. Don’t worry about how much you’re writing each day or whether it’s true to the project, particularly in the early days of a project. But do write, and write, and then write.” -Gordy Sauer

Gordy Sauer is a native Texan now living and working in Colorado. He holds an MFA from Columbia University. His work has appeared in Narrative Magazine and Boulevard, among other places, and it has received support from the Vermont Studio Center. Child in the Valley is his first novel.

On Saturday, June 11th, Gordy Sauer is teaching a class for the WLT called “Research in Fiction: How to Do It and Bring It to Life.“ In this class you’ll learn how to navigate conducting research for your fiction. 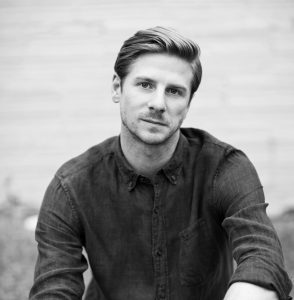 Scribe: Tell us a little bit about yourself. What do you write? How did you come to writing?

Gordy Sauer: Like a lot of writers, I started to love writing and creating stories when I was young. But I came to writing in a professional sense much more intentionally. I knew it was something I wanted to do in my life (and with my life) by my early twenties, so I committed myself to sitting down and putting words on the page on a regular basis. I’d love to say that I wrote daily, but that’s not true. It actually took me several years to train myself and have the discipline to be able to write everyday. But I believe that consistent writing is the only way you can develop as a writer and develop your craft. As far as what I write, I write novels primarily. I don’t think I’m a very good short story writer. I have a harder time creating and thinking in that shorter form. In terms of the type of fiction, I love to bridge literary fiction with genre elements—be they Western elements, historical elements, horror, mystery, etc.

Scribe: In your own work, how do you approach overcoming the challenges that come with writing, be it writer’s block or craft or business-related challenges?

GS: So I became a new father recently, and started a new job, and moved to a new city. Challenges to writing are all that I’ve been thinking about over the last year. I don’t know that I’ve ever found a way to overcome them. I try to focus more on managing them. Sometimes I think back about my unfathered, untethered, more loose career days where I could spend days thinking about my writing and unbroken hours doing it. God I miss those days at times. But the truth is they’re gone now, and I have had to find a way to evolve my writing as my life has evolved. It’s a matter of giving myself some grace when I can’t write, dedicating the time that I do have to write to actually writing, and knowing that writing in my head is as much a part of the process as writing on the page.

Scribe: Has there been a moment of epiphany in terms of your work, when you thought, “This is it! Now I know what I’m doing?” How long did that feeling last?

GS: You ask “how long did that feeling last” and that’s so true. Because yes, I’ve had those moments of epiphany where I really feel like I know what I’m doing. Usually it’s about 30,000-50,000 words into a project. But then that feeling disappears almost as quickly as it’s come, and I feel unanchored again. And then again I find it. That cycle just goes on. Ultimately, I really believe you have to trust the process and trust your instincts. And only once I finish a first, full draft am I able to look back on a project and see its potential and then really see the path to figuring out what I’m doing.

Scribe: What piece of advice do you find yourself giving to writers again and again?

GS: You have to sit down and write. And you have to do it intentionally. Carve out some time, carve out a space, devote yourself to putting words down. It’s as simple as that. Inspiration follows action. Sometimes it’s the other way around, but most often it’s not. Don’t worry about how much you’re writing each day or whether it’s true to the project, particularly in the early days of a project. But do write, and write, and then write. And because this class that I’ll be teaching is a class about research, I also want to mention that the same holds true for research. You might have a solid idea of the research you want to conduct and incorporate into your fiction, but you never know what richness there is out there if you don’t commit yourself to going where your curiosity takes you. A fact may not seem important initially, but it may be the crux of your project later on.

Scribe: What is one thing that people will take away from this class?

GS: I’ll mention two things: the first are the less-thought-of but incredibly rich places we can find good research for our projects (such as old newspapers), and the second is how to bring that research into a piece of fiction without it feeling like research. Both of those takeaways go hand-in-hand, because if you know where to look for good research, then you’re 80% of the way toward knowing how to integrate it into your fiction in an interesting way.