“Every day is a new ‘now.’ Our work as writers is incremental and cyclical and cumulative. Every time we sit down to write, it’s like improvisational work, which is not to say we pluck something out of nothing. It means we awaken and mingle many somethings, many nows, that we filed away in recesses of our brain some time ago and can now bring front-of-mind and to the page. There’s no magic door or finish line; there’s only these breakthroughs and the belief that a nurtured writing practice will bear fruit in its own time.” -Cinelle Barnes

Cinelle Barnes is a formerly undocumented memoirist, essayist, and educator from Manila, Philippines, and is the author of MONSOON MANSION: A MEMOIR (Little A, 2018, Booklist starred review) and MALAYA: ESSAYS ON FREEDOM (Little A, 2019), and the editor of the New York Times New & Noteworthy book, A MEASURE OF BELONGING: 21 WRITERS OF COLOR ON THE NEW AMERICAN SOUTH (Hub City Press, 2020). Cinelle earned an MFA in Creative Nonfiction from Converse College. Her writing has appeared or been featured in the New York Times, Longreads, Garden & Gun, Electric Literature, Buzzfeed Reader, Literary Hub, Hyphen, and CNN Philippines, among others. Her essay, “Carefree White Girls, Careful Brown Girls”, is anthologized in A Map Is Only One Story: Twenty Writers on Immigration, Family, and the Meaning of Home (Catapult, 2020). Cinelle is a contributing editor, instructor, and writer at Catapult. Cinelle’s work has received fellowships and grants from the Sustainable Arts Foundation, VONA, Kundiman, the John and Susan Bennett Memorial Arts Fund, the Lowcountry Quarterly Arts Grant, and Capita.
Her debut memoir was listed as a Best Nonfiction Book of 2018 by Bustle and nominated for the 2018 Reading Women Nonfiction Award. She is the 2021 Vulgar Geniuses Nonfiction Honorary Awardee for her writing and social justice work and 2021 writer-in-residence at Pasadena City College, and was a Focus Fellowship artist-in-residence at AIR Serenbe in 2020, a short-term writer-in-residence at City of Asylum in 2019, and the 2018-19 writer-in-residence at the Halsey Institute of Contemporary Art in Charleston, SC, where she and her family live. In 2021, Cinelle was named one of 50 Most Influential by Charleston Business, joining thought leaders in state and local politics, the arts, academia, activism, healthcare, and business. She is currently at work on a narrative nonfiction book on climate justice, the Philippine water crisis, and Philippine spirituality and folklore.

On Wednesday, September 14th, Cinelle Barnes is teaching a class for the WLT called “The Nonfiction Book Proposal: The Basics & Beyond.“ In this class you’ll learn key information on how to make your memoir proposal stand out. 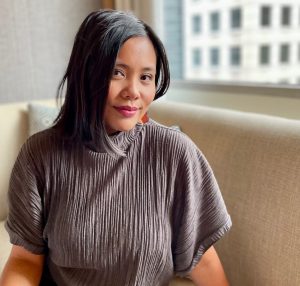 Scribe: Tell us a little bit about yourself. What do you write? How did you come to writing?

Cinelle Barnes: I was born and raised in the Philippines, and adopted into the United States as a teenager. Through all the moves and migrations, books and magazines were a constant. I was the kid whose parents were always late to school pick-up and who had to spend endless after-school hours in the library. Some of those afternoons, a teacher (Ms. Ched) would keep me company and write stories with me. And so I’ve been writing since I was seven because of her, and editing since joining my school’s Media and Journalism Club. I went on to write and edit for the school newspaper at my high school and college. I went from being a fashion school student to a journalism student to a creative nonfiction student at Converse University’s low-residency MFA program, and have mostly been writing essays and memoirs since: Monsoon Mansion: A Memoir and Malaya: Essays on Freedom. I also recently edited the anthology A Measure of Belonging: Twenty-One Writers of Color on the New American South.

Scribe: In your own work, how do you approach overcoming the challenges that come with writing, be it writer’s block or craft or business-related challenges?

CB: Reading, reading, reading. Going on walks and activating bilateral brain activity. Reading previous work. Making a list of milestones and breakthroughs I’ve had, so I can remember what I’m capable of. Talking to friends, writers and not. Remembering who my audience is and that I don’t write for everyone. Staying playful and trying out new forms, new modes. Always believing that my best writing is ahead of me.

Scribe: Has there been a moment of epiphany in terms of your work, when you thought, “This is it! Now I know what I’m doing?” How long did that feeling last?

CB: I don’t think there’s an “it” as much as there is a “now.” There’s something I can learn through reading or practicing now. I can untangle this particular thought now. I can aim for clarity in this way now. I can learn or relearn or unlearn a linguistic pattern or cadence or sentence structure now. I can pace my character development in this way now. Every day is a new “now.” Our work as writers is incremental and cyclical and cumulative. Every time we sit down to write, it’s like improvisational work, which is not to say we pluck something out of nothing. It means we awaken and mingle many somethings, many nows, that we filed away in recesses of our brain some time ago and can now bring front-of-mind and to the page. There’s no magic door or finish line; there’s only these breakthroughs and the belief that a nurtured writing practice will bear fruit in its own time.

Scribe: What piece of advice do you find yourself giving to writers again and again?

CB: Practice makes practice, not perfect. Know your audience. Writing to everyone means writing to no one.

Scribe: What is one thing that people will take away from this class?

CB: Turning an idea into a concept, and communicating that concept effectively to the prospective audience of your book proposal: an agent or an editor. 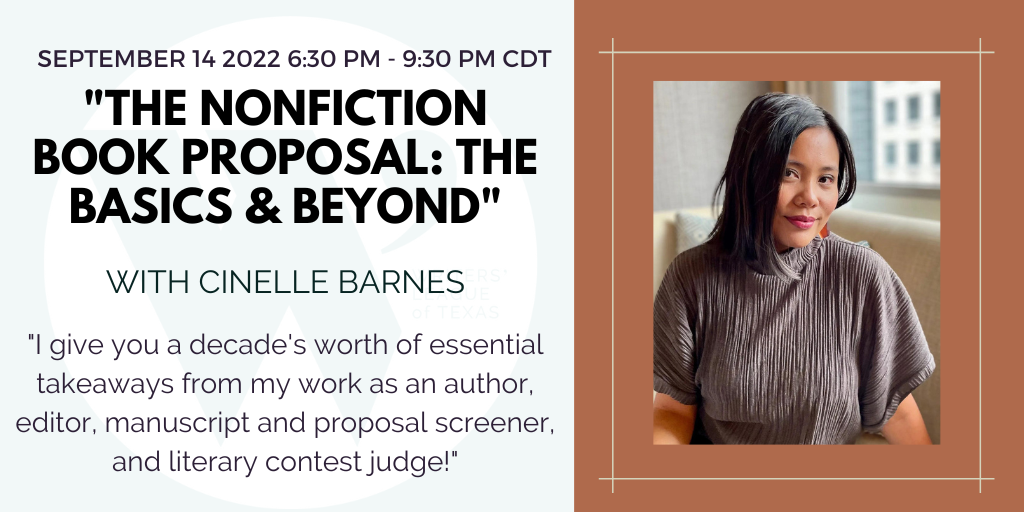