Kate Winkler Dawson is one of WLT’s success stories. She met her agent at our Agents & Editors Conference and is an active member of our writing community. At her BookPeople event, she’ll be in conversation with WLT Executive Director Becka Oliver about her new book American Sherlock: Murder, Forensics, and the Birth of American CSI. 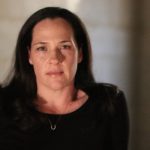