If you’d like to register for this event, head over to BookPeople’s event registration page. CLICK HERE. See you there!

We’re thrilled to partner with BookPeople to celebrate the publication of Reyna Grande’s newest novel, A Ballad of Love and Glory. Join us on Saturday, April 2 at BookPeople in Austin, Texas at 7pm CDT for this special reading and conversation. A Ballad of Love and Glory has been hailed as “an exquisitely wrought portrait of the Americas and Mexico’s battle for freedom,” “a page-turning epic,” and “a transportive read into the lesser-told story of the Mexican-American War.”

Reyna will be in conversation with WLT Program Director Sam Babiak with a Q&A and book signing to follow.

About A Ballad of Love and Glory:

A Long Petal of the Sea meets Cold Mountain in this sweeping historical saga following a Mexican army nurse and an Irish soldier who must fight, at first for their survival and then for their love, amidst the atrocity of the Mexican-American War—from the author of the “timely and riveting” (People) Across a Hundred Mountains and The Distance Between Us.

A forgotten war. An unforgettable romance.

The year is 1846. After the controversial annexation of Texas, the US Army marches south to provoke war with México over the disputed Río Grande boundary.​

Ximena Salomé is a gifted Mexican healer who dreams of building a family with the man she loves on the coveted land she calls home. But when Texas Rangers storm her ranch and shoot her husband dead, her dreams are burned to ashes. Vowing to honor her husband’s memory and defend her country, Ximena uses her healing skills as an army nurse on the frontlines of the ravaging war.

Meanwhile, John Riley, an Irish immigrant in the Yankee army desperate to help his family escape the famine devastating his homeland, is sickened by the unjust war and the unspeakable atrocities against his countrymen by nativist officers. In a bold act of defiance, he swims across the Río Grande and joins the Mexican Army—a desertion punishable by execution. He forms the St. Patrick’s Battalion, a band of Irish soldiers willing to fight to the death for México’s freedom.

When Ximena and John meet, a dangerous attraction blooms between them. As the war intensifies, so does their passion. Swept up by forces with the power to change history, they fight not only for the fate of a nation but for their future together.

Heartbreaking and lyrical, Reyna Grande’s spellbinding saga, inspired by true events and historical figures, brings these two unforgettable characters to life and illuminates a largely forgotten moment in history that impacts the US-México border to this day.

Will Ximena and John survive the chaos of this bitter war, or will their love be devoured along with the land they strive to defend?

Advance praise for A Ballad of Love and Glory:

“Reyna Grande has given us an epic and exquisitely wrought portrait of the Americas and Mexico’s battle for freedom. A Ballad of Love and Glory astonishes with its passion and historical precision. A simply mesmerizing and unforgettable novel.” —Patricia Engel, New York Times bestselling author of Infinite Country

“Panoramic and sweeping, A Ballad of Love and Glory immerses us in the history of the Mexican-American War, a history all the more relevant today as we face the legacy and painful aftermath of that bloody war. Grande integrates a sweeping Tolstoyan vision and command of language with her very own Latin American popular traditions . . . This is indeed a grand and soulful novel by a storyteller who has hit her full stride.”  —Julia Alvarez, bestselling author of In the Time of the Butterflies and Afterlife

“With A Ballad of Love and Glory, Reyna Grande employs her many storytelling gifts to paint a vivid and unforgettable portrait of the people caught up in the Mexican-American War. Grande brings the legend of the Saint Patrick’s Battalion to life in all its richness and humanity, along with a big cast of Mexican women patriots and vainglorious generals. This is a page-turning epic with a love story at its center. Bravo!” —Héctor Tobar, New York Times bestselling author of The Barbarian Nurseries

“Reyna Grande, with an unerring gift for dialogue, propels A Ballad of Love and Glory with passion and precision. Patiently unfolding the tragic events of America’s least-known war and the fate of the Irish soldiers who deserted the ranks to join the Mexicans, Grande delivers a chilling story of war and an intimate portrait of courage, love, and redemption.” —Michael Hogan, author of The Irish Soldiers of Mexico

“With A Ballad of Love and Glory, Grande gifts us a reminder of the sweeping changes that war can bring and the unexpected ties that bind us. Through quick-paced narration and a captivating love story between the main characters, the fictional retelling of the Irish battalion aiding the Mexican Army is eye-opening and enthralling. Perspective shifts are a real strength here, and the Mexican and Irish idioms throughout the novel are deftly woven in, making for a transportive read into the lesser-told story of the Mexican-American War.” —Sofía Segovia, bestselling author of The Murmur of Bees

“Meticulously researched, Reyna Grande’s A Ballad of Love and Glory is a timely and fascinating novel about courage, love, and loyalty. It captivated me from the first line to its end. Days after I finished the book, I kept reflecting on the parallels with our world today.” —Janet Skeslien Charles, New York Times bestselling author of The Paris Library 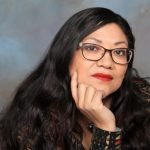 Reyna Grande is the author of the bestselling memoir, The Distance Between Us, (Atria, 2012) where she writes about her life before and after she arrived in the United States from Mexico as an undocumented child immigrant. The much-anticipated sequel, A Dream Called Home (Atria), was released in 2018. Her other works include the novels, Across a Hundred Mountains, (Atria, 2006) and Dancing with Butterflies (Washington Square Press, 2009) which were published to critical acclaim. The Distance Between Us is also available as a young readers edition from Simon & Schuster’s Children’s Division–Aladdin. Her books have been adopted as the common read selection by schools, colleges, and cities across the country. She has two forthcoming books due to be published in 2022: A Ballad of Love and Glory (Atria, March 15), a novel set during the Mexican-American War, and an anthology by and about undocumented Americans called Somewhere We Are Human: Authentic Voices on Migration, Survival and New Beginnings (HarperVia, June 7). Reyna has received an American Book Award, the El Premio Aztlán Literary Award, and the International Latino Book Award. In 2012, she was a finalist for the prestigious National Book Critics Circle Awards, and in 2015 she was honored with a Luis Leal Award for Distinction in Chicano/Latino Literature. The young reader’s version of The Distance Between Us received a 2017 Honor Book Award for the Américas Award for Children’s and Young Adult Literature and a 2016 Eureka! Honor Awards from the California Reading Association, and an International Literacy Association Children’s Book Award 2017. Writing about immigration, family separation, language trauma, the price of the American Dream, and her writing journey, Reyna’s work has appeared in The New York Times, the Dallas Morning News, CNN, The Lily at The Washington Post, Buzzfeed, among others. In March 2020, she was a guest in Oprah’s Book Club. 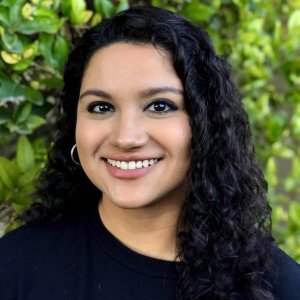 Sam Babiak holds a B.A. in English Literature with a certificate in Creative Writing with Honors from the University of Texas at Austin. She has experience working on the fiction board for Echo Literary Arts Magazine, Badgerdog Creative Writing Camps, and the Texas Book Festival. Her writing can be found or is forthcoming from HotHouse Literary Journal and the lickety~split. She is from Laredo, Texas and currently lives in Austin, Texas.