Registration for this event is now closed.

If you’d like to register for this event, head over to BookPeople’s event registration page. CLICK HERE. See you there!

Join us on May 5 and find out what all the fuss is about. And be sure to pre-order your copy from BookPeople here.

For this live virtual event, Stacey Swann will be in conversation with WLT Executive Director Becka Oliver with a Q&A to follow.

A bighearted debut with technicolor characters, plenty of Texas swagger, and a powder keg of a plot in which marriages struggle, rivalries flare, and secrets explode, all with a clever wink toward classical mythology.

The Briscoe family is once again the talk of their small town when March returns to East Texas two years after he was caught having an affair with his brother’s wife. His mother, June, hardly welcomes him back with open arms. Her husband’s own past affairs have made her tired of being the long-suffering spouse. Is it, perhaps, time for a change? Within days of March’s arrival, someone is dead, marriages are upended, and even the strongest of alliances are shattered. In the end, the ties that hold them together might be exactly what drag them all down.

An expansive tour de force, Olympus, Texas cleverly weaves elements of classical mythology into a thoroughly modern family saga, rich in drama and psychological complexity. After all, at some point, don’t we all wonder: What good is this destructive force we call love?

“The endearing characters of Olympus, Texas gallop through a plot luscious with secrets and scandals. Escape to Olympus for the rollicking fun. Stay for the heartbreakingly lyrical writing and tender message about the enduring gift that is family love.”
—Sarah Bird, best-selling author of Daughter of a Daughter of a Queen

“An uncanny twin-myth of modern Texas and ancient Greece that feels familiar and strange, loving and painful—like family itself. Olympus, Texasis an achievement of sustained brilliance, and an audacious opening to Swann’s fated journey into the canon of greats.”
—Smith Henderson, author of Fourth of July Creek

“Here is a lightning field of a novel: enthralling, vast, dark, bright, beautiful and dangerous. I was hypnotized by it. Stacey Swann is an unforgettable force, and Olympus, Texas will carry you and embrace you with all its heart, strength, and hope.”
—Paul Yoon, author of Run Me to Earth

“A moving and exhilarating debut! With exquisite prose and unerring pace, Swann guides us through the strained-loyalties, love affairs, and violent disasters of a rural Texas town populated by characters as vibrant and compelling as the ancient gods they echo. Swann masterfully crafts both soul-stirring moments of connection and gasp-out-loud action—often on the same page. With the wit of Flannery O’Connor and the emotional scope of Donna Tartt, Swann sings family in all its painful, riveting beauty. I love this novel!”
—Owen Egerton, author of Hollow and The Book of Harold, the Illegitimate Son of God

“A remarkable debut. Olympus, Texas is a gripping, big-hearted epic, full of characters you may recognize and will absolutely remember.”
—Jennifer duBois, author of The Spectators

“A total page-turner. Swann’s debut is rich in Texas flavor and full of nods to classical mythology—quotes from Ovid, twins human and canine, and the kind of relentless bad luck that usually means you’ve offended a deity.”
—Kirkus (starred review)

“Luminous…This epic makes the most of its vivid Texan setting, becoming as well a love letter to the state’s rugged beauty and homegrown familiarity…This teems with skillfully evoked drama and tragedy.”
—Publishers Weekly (starred review) 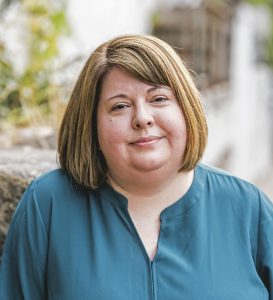 Stacey Swann’s debut novel Olympus, Texas (Doubleday) is an Indie Next Pick, a Good Morning America Book Club selection, and was longlisted for The Center for Fiction First Novel Prize. Swann holds an M.F.A. from Texas State University and was a Stegner Fellow at Stanford University. Her writing has appeared in Texas Highways, LitHub, Electric Literature, NER Digital, Epoch, and other journals. She splits her time between Austin and Lampasas. 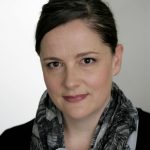 Becka Oliver joined the WLT in 2013 as Executive Director after more than sixteen years of experience working in book publishing both inside major publishing houses and as a literary agent.